360 Communities delivers safety and stability to the whole family

Already this year, at least 14 Minnesotans have been murdered in domestic violence-related incidents. Victims include two sisters, a mother of three, the elderly, and a family member who intervened to stop his cousin’s assault. The devastating impacts cut across all socioeconomic lines. We need to change in our society. We need a collective mind shift with the understanding that domestic violence is a public health issue, and that change starts in the hearts and minds of each one of us. The power to change is the “collective will” of our community. What is your role in making this change a reality?

360 Communities provides safety for 3,000 people annually with shelter, advocacy, safety planning, counseling, and connections to community resources. Each year, more than 500 women and children stay at our Lewis House domestic and sexual violence shelters. Half of the shelter residents are children.

What is incredible and unique about 360 Communities programming is the network of services that work together to provide holistic support for the entire family. We have staff strategically positioned in accessible locations throughout Dakota County. Institutional partners like school districts, law enforcement, faith communities, and businesses support this work. 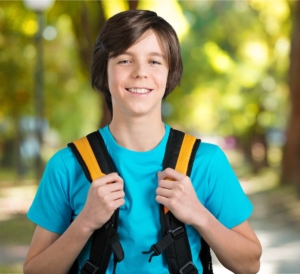 Half of Lewis House residents are children. For many, like Kyle, 360 Communities delivers support in shelter and in school.

Consider Kathryn and her two sons, Kyle and Chris. Kathryn had endured years of physical, emotional, and financial abuse when she finally confided in a friend. Her friend gave her the number to 360 Communities Lewis House shelter and encouraged her to call. When she called, our advocate helped her consider options and develop a safety plan. Kathryn learned that leaving is often the most dangerous time because the abuser is losing power and control. Two weeks later, Kathryn woke her children, gathered the few belongings she could, and fled her home while her husband was out of the house.

They found safe shelter at 360 Communities Lewis House, an emergency shelter for people experiencing domestic and sexual violence. They arrived scared and unsure about their future. Advocates worked to put Kathryn at ease, welcoming the family and making sure they were comfortable. During the weeks that followed, the family grew stronger through support groups, education, and safety planning. The family received help sorting through their traumatic experiences and began their healing. But another change was coming.

Help for the Whole Family

A new school year would soon start. Kyle and Chris would be new students in a new middle school, with 360 Communities Lewis House shelter as their “home.” But 360 Communities’ network of support extends into the schools through our Partners For Success® family support workers located in 30 schools throughout Dakota County. These school-based employees work closely with our shelter staff and school officials to provide further holistic support to families experiencing violence. The 360 Communities shelter advocate connected with their family support worker colleague in the boys’ new school and formed a team that developed a plan of support for the boys’ transition. 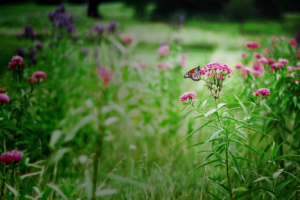 The family stayed at the Lewis House for four months. Advocates helped Kathryn establish long-term goals around employment, safety, stability, and supporting her boy’s education. With goals identified, advocates provided support with legal issues, finding work, searching for housing, and navigating benefits. The 360 Communities team secured transportation for the kids, found school supplies and clothes, and connected them with weekend food support and snacks during the school day. The team was a reliable bridge of communication between Kathryn and her boys’ teachers. They helped Kathryn build strong relationships with school staff and be part of the school community in support of the boys’ educational success. With this comprehensive support, Kathryn was soon able to secure a job and an affordable apartment.

When the family moved out of Lewis House shelter, our school-based staff continued to assist throughout the school year. This ongoing support ensured that they established a foundation of safety and stability on which to build a hopeful future. Both boys did well in school and made new friends. With a safe and stable home, an understanding of what healthy relationships look like, and a mother deeply committed to their future, they are set up for success. 360 Communities provides help in the moment and hope for the future for the entire family. We leverage our strong community partnerships and network of staff to meet people where they are in their time of need and stay with them as they build stability.