Increase your impact with 360 Communities

Previous Next
Increase your impact with 360 Communities

Hall of Fame baseball player Jackie Robinson once said, “A life is not important except in the impact it has on other lives.”

When a person makes a positive impact in the life of another, it produces a lasting legacy. Being a positive force in another person’s life can make all the difference in the trajectory of their life story. It could be as simple as smiling at someone, or listening to a person tell you their troubles. Sometimes, as in Jackie Robinson’s case, it takes courage to set an example for others to follow. Ultimately, when we are intentional about impacting others, there are immeasurable benefits to the entire community.

360 Communities has a wide array of options for anyone looking to make an impact in Dakota County. Our staff and more than 1,300 volunteers work to prevent violence, ensure school success and promote long-term sel 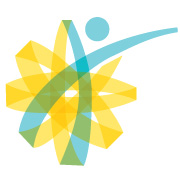 f-sufficiency. Each program area works in concert so that we can provide the best support. Whether a person enters our food shelf, a shelter, a resource center, or a family support worker’s office in a school, we are asking questions to see what problems they are facing and what resources they might need to help them succeed. In 2015, 18,000 people were positively impacted by 360 Communities. Here are some examples:

The barriers to success that our clients face are wide-ranging, often complex, and require multiple services and resources to address. With a holistic approach and collaboration with other agencies, 360 Communities is able to change the game for people with hope, support, and much more. 360 Communities has piloted across agency programs a Self-Sufficiency Matrix: an index that tracks a person’s progress over time through a wide array of health indicators, from food insecurity, to safety, to housing stability and more. Eighty-eight percent of the clients in the pilot showed significant progress toward their self-sufficiency goals. 360 Communities is changing lives and strengthening communities to a new measurable degree.

And community support is integral to our success. By donating, volunteering, or participating in an upcoming event, you can help us have a major impact on the health of your community. Visit 360Communities.org to find out more about the ways you can get involved and make an impact in your community through 360 Communities, such as:

Please check to see if your employer will match your donations of time and/or money. Our website has a “Double the Donation” resource for you to look up what your company may be willing to match.

Every person in our community matters. Help make a difference with an organization that exists to support those with the most need. 360 Communities is a vehicle for transformative impacts in Dakota County and beyond.