Previous Next
Partnering to Secure Shelter for Homeless Teen

Colin moved to Minnesota from Iowa to live with his mother after his father kicked him out of his house. His mother Catherine, however was homeless as well, and the two of them hopped from couch to couch for weeks until Catherine began a relationship with Rick. The two moved in with Rick, but it wasn’t long before tensions arose between Colin and Rick. Rick gave Colin 30 days to move out of his house. This was right before Thanksgiving.

At Burnsville Alternative High School, students like Colin, who struggle in a larger high school setting for a variety of reasons are given the opportunity to benefit from smaller classes and more individualized instruction. 360 Communities Partners For Success® Family Support Worker Jennie Ellingson works at Burnsville Alternative High School to help students and their family communicate with school and connect them with community resources. 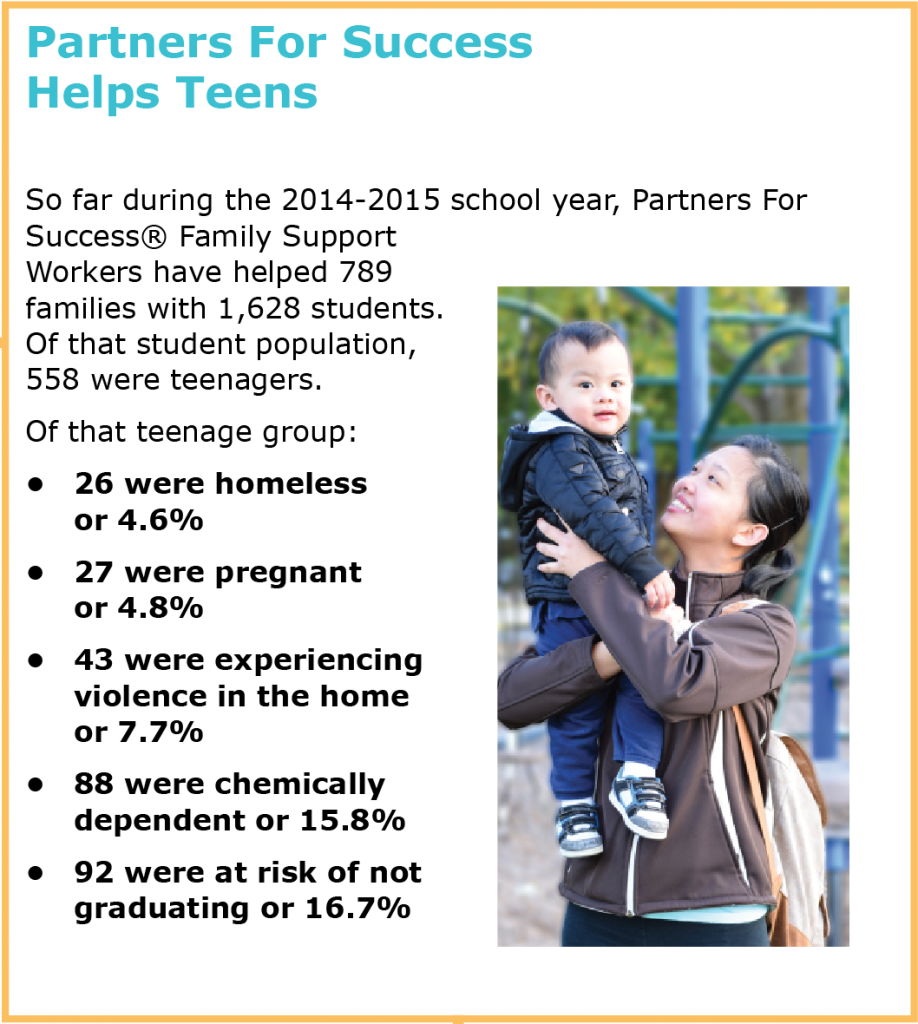 When Colin first came into the school office, he didn’t have friends or family to lean on and he was discouraged. He needed to make a plan for the future that included housing
and sustained employment. Jennie met with him and immediately began working on safety planning, housing and shelter options.

She connected Colin with Streetworks, a program that works with homeless youth. She introduced him to school therapists and he began therapy, which resulted in a mental health diagnosis. In the meantime, Colin was able to negotiate a longer stay at Rick’s house as long as he continued to look for other housing options. He submitted an application for supportive housing at Lincoln Place, which included his history of homelessness in Iowa and his mental health diagnosis.

After Colin took the initiative to contact Lincoln Place, Jennie attended a meeting with the Lincoln Place director and Colin. Jennie worked with him to coordinate communication with Streetworks, the Community Development Agency, and Lincoln Place. After a few weeks of gathering information, Jennie was able to send Colin to his first lease signing for his very own apartment.

He spent his first nights of freedom adjusting to his new space, meeting new neighbors, and sleeping and eating when he chose. The following week he told Jennie that he
was “so relieved to have his apartment.” Today, Colin can continue to attend school, look for employment closer to his apartment, and learn new life skills. He looks healthier, seems happier, and has a better chance of success in school knowing that he has safe shelter of his own.