Carolyn Thornton began her volunteer career at 360 Communities over seven years ago. She has supported sexual assault victims/survivors and neighbors seeking stabilizing resources at the Burnsville Resource Center.

“I love giving my time, talent, and meager money to those less fortunate,” says Carolyn.

She says that working with victims/survivors of sexual assault has been an education on the true impact that sexual violence has on an individual.

“Working with sexual assault victims is a pleasure,” she says, “As a young victim back in the day, things weren’t always considered sexual assault. Victims often felt like they were the cause of being victimized. It has actually helped me understand things that had been buried in me for decades.” Carolyn feels that her experiences have helped her listen and connect with survivors.

Her support of individuals and families in the resource center has broadened her perspective on others’ lived experiences.

“There is so much diversity with our different clients,” says Carolyn. “The more I connect with different people, the more I understand their needs. I also learn so much because so many want to talk. It gives life so much purpose.”

She says that volunteering at 360 Communities is rewarding. “Not only are you helping women/mankind; you’re also growing yourself.” 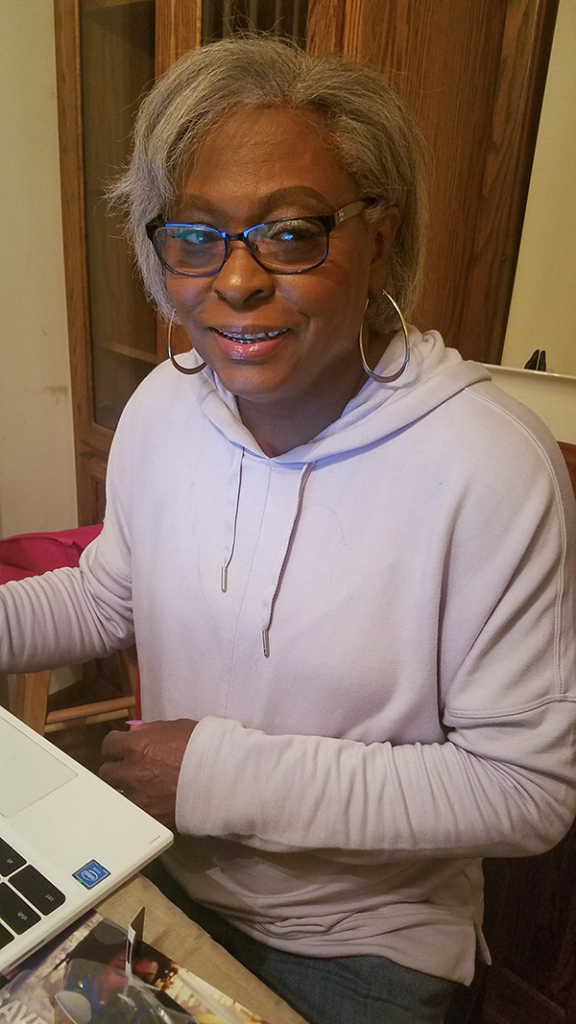