360 Communities opened our first Lewis House in 1979, and since then we have grown to two locations. With Lewis Houses in Eagan and in Hastings, we provide victims of domestic and sexual violence safe housing as they recover and build a successful and safe future.

History of the Lewis House 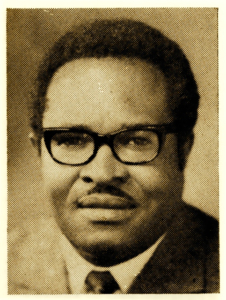 B. Robert Lewis House first opened its doors on August 28, 1979, not far from where the current Eagan Lewis House stands today. It is named after the late Senator B. Robert Lewis, who authored legislation to aid women in abusive relationships and to stem family violence. He also worked to create funding for a statewide program for battered women and their families.

The home was purchased with Community Development Block Grant (CDBG) funding and was welcomed into the community by the surrounding neighbors who made it their mission to watch out for the fragile families inside. During that first year, 41 women and 64 children received safe housing at Lewis House.

In 1985, 360 Communities broke ground on the current Lewis House in Eagan, which was the first shelter in the United States built for the purpose of being a battered women’s shelter. The house was entirely paid for by the time the doors opened in 1986.

The donation of a church rectory allowed for the second Lewis House to be opened in Inver Grove Heights in 1990, relocating to Hastings in 2001 through a gift of the Guardian Angels rectory. This move allowed 360 Communities to reach more families experiencing family violence in our rural communities.

At 360 Communities, we offer support groups for women or children experiencing domestic or sexual violence as well as groups for secondary victims. Please fill out our interest form below and get connected with a group today.

All form submissions are confidential.